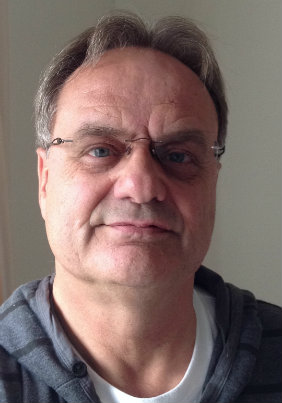 Bob started his radio career in the Middle East as a presenter on Radio Bahrain, which is where he first worked with Tim Manns.

Since his return to the UK he has presented Breakfast Shows for some of the West Country's top commercial radio stations, including Radio In Tavistock, Plymouth Sound, Devonair, Orchard FM , Pirate FM and of course Radio Plymouth.

After hundreds of early morning starts he has now earned a bit of a lie in so is very excited about the move to a 10 to 2pm slot with Brunch with Bob!

Bob has also written a children's book called Fred The Fabulous Flamingo, inspired by his children's love of the birds on their regular visits to Paignton Zoo when they were young. It is available at the zoo and online at www.fredthefabulousflamingo.co.uk

He also enjoys walking his three dogs (Phoebe and Toby the Westies and Florence the Bichon) on our fantastic beaches, coastal paths and up on Dartmoor, and afterwards indulges in  the occasional glass of real ale, some of which he brews himself!