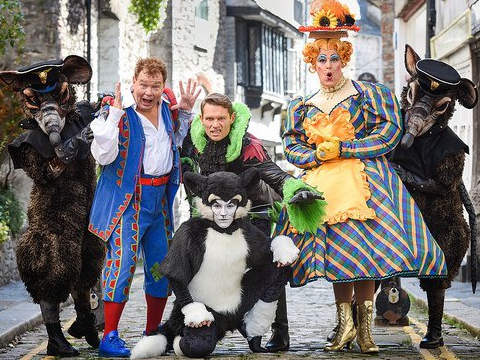 Dick Whittington will be on during December and January

John Partridge leads the cast as the dastardly rodent, King Rat. No stranger to the stage, John made his professional debut in Andrew Lloyd Webber’s Cats, going on to star as Rum Tum Tugger in the official film. He subsequently starred in Taboo, Miss Saigon, Starlight Express, The Drowsy Chaperone and as Zach in the critically-acclaimed A Chorus Line at the London Palladium.

John is perhaps best known, however, as Christian Clarke in BBC’s EastEnders, a role that broke boundaries and won John legions of fans. His numerous other television appearances include as judge on BBC1’s Over The Rainbow and CBBC’s Taking The Next Step and as regular guest host of The National Lottery Draws (BBC). John recently bared all on ITV’s The Real Full Monty. 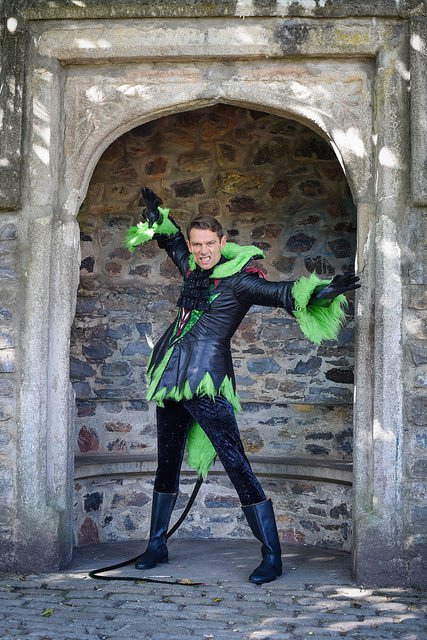 John returns to Plymouth having led the UK touring cast of Chicago as Billy Flynn. Most recently, he toured the UK starring as Albin (who moonlights as star drag act Zaza) in a brand new production of La Cage Aux Folles. His all-new live show Johnny Partridge: Stripped is playing dates through 2018.
Joining him as Fairy Bow Bells will be actress and singer Samantha Womack. Best-known for her role in EastEnders as the late Ronnie Mitchell, whose chilling on-screen departure was seen by over nine million television viewers she has appeared on numerous television dramas and comedies including Game On, Home Again and The Grimleys. She has also featured in films including Up’n’Under and Lighthouse Hill establishing herself as one of the country’s most prolific actresses. Her stage work includes the role of Sandy in the West End revival of Grease at the Dominion Theatre,

Miss Adelaide in Guys and Dolls opposite Patrick Swayze, Nellie Forbush in the West End and UK tour of South Pacific and Morticia Addams in the critically-acclaimed UK tour of The Addams Family.
Following his appearance as Smee in last year’s pantomime Peter Pan, Andy Ford returns to star as Idle Jack. One of pantomime’s most successful comedians the Devon-born funny man has appeared on stages across the UK entertaining thousands of theatregoers with his quick-wit, physical routines and sense of humour winning rave-reviews and legions of fans wherever he performs.

Legendary panto dame Nigel Ellacott will complete the star line-up as Sarah The Cook. This year’s production of Dick Whittington marks Nigel’s 44th pantomime and his 36th for producers Qdos Entertainment. In that time Nigel has worked all over the UK starring alongside the best of British pantomime stars, designing and creating his own costumes and entertaining thousands of theatregoers every Christmas.

Dick Whittington will be staged by Qdos Entertainment, the world’s biggest pantomime producer, and the Olivier Award winning company behind the Theatre Royal Plymouth’s annual pantomime. Dick Whittington will feature Plymouth’s hallmark of outstanding entertainment for theatregoers of all ages.
Plymouth panto-goers will join the handsome hero Dick Whittington (and his trusty cat) as he seeks fame, fortune and happiness journeying to become the Lord Mayor of London. Guided by the magical Fairy Bow Bells on an adventure that sends him from London town to the High Seas headed for Morocco audiences should not miss the action-packed pantomime full of laughter, music and dance.