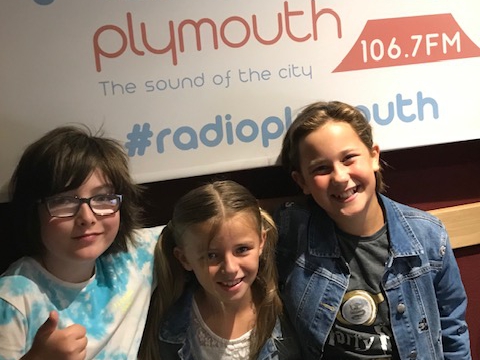 Chaddlewood Primary School's song will be released in November

Children from Chaddlewood Primary School have recorded a charity single, to be released in November.

They have called the song 'Together', to promote the idea of togetherness, something that's important at the school.

Profits from the song will be going to the NSPCC.

Adam Jenson is one of the teachers at Chaddlewood. He said:

"Our track was born for two reasons. Firstly, our children truly wanted to promote the idea of togetherness in what can be seen as rather troubled modern times. The other reason was simply because people thought that it would not be possible for us to achieve our dreams of a chart topping single."

Adam told us about his hopes for the track:

Year 5 pupil, Connie told us it was difficult to keep it a secret for so long:

"Their talent, creativity and passion for helping to keep other children safe, by raising money for the NSPCC locally, is moving. We cannot wait to see the response they get when they release their music video and song."