A passionate sailor is leading a campaign to clean up Plymouth 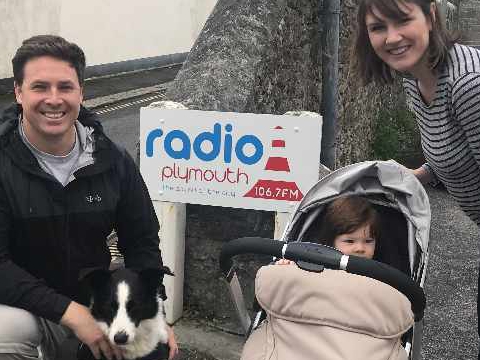 A passionate Sailor from the Royal Navy based in Devonport, is leading a campaign to encourage dog walkers to help clean up some of Plymouth's footpaths.

Leading Photographer Barry ‘Baz’ Wheeler of the Fleet Photographic Unit West along with his wife Cathy and their dog Izzy are spearheading an initiative, asking other dog owners to pick up litter on their daily walks.

“I’ve noticed over the past 3 – 4 years that many of the paths where I go for a walk with Izzy, my dog, are littered with rubbish and plastic,” said Baz. “Many of the hedgerows and bushes are covered with domestic and take-away waste, which is a general blight on the landscape. So, I was thinking if everyone could just pick up a bag full of litter every time they went out, we could all help get rid of this problem.”

Baz was so passionate after one particular walk, that he decided to clear up a section of the woodlands he had just walked through. He and Cathy gathered four bin bags full and cleared an area 10 metres either side of the pathway.

“There are hundreds of dog walkers and pathways in Plymouth alone, if it was repeated across the country by thousands we can get on top of the problem and the paths and parks would improve, be cleaner and a whole lot more pleasant to walk through. ”

Inspired by a recent photo assignment to an East Cornwall beach, where he was taking pictures of HMS Richmond’s ship’s company clearing up an area, as part of a national Beach Clean campaign, he knew from then he had to do something that would make a difference.

“They cleaned the whole beach, filling many, many bags of rubbish with the plastic they could see, which was then taken away by the local council, it was very inspirational. It was just one beach but their efforts made a great difference to that corner of Cornwall.”

Baz set up a Facebook page when he got home called ‘Dog Walker Initiative’, which has encouraged people across the country to put up pictures of their efforts to clean up their dog walking trails. People have really come together to act and make their surroundings better, thanks to Baz’s social media posts. He regularly posts pictures of what he finds on his, Cathy and Izzy’s walks.

“It’s really taken off now, I’m amazed how everyone has taken to showing what they are doing to help the environment. Picking up the plastic waste and rubbish in their parts of the country, we feel like we are really achieving things for the environment.”

Cathy and Baz are also hoping that the actions of their supporters on social media are setting a trend for others to follow. They believe through the efforts and the improved surroundings, it will also discourage people from dropping litter and keep parks and paths clear.

“I’m hoping we are influencing the next generation as well. Getting young people to appreciate their surroundings as well as the disposal of rubbish properly by taking it away or putting it in bins provided by the councils in their areas.”