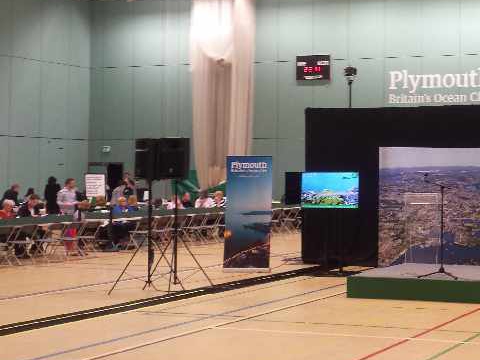 Plymouth City Council have released a statement, saying it was 'procedural error'

More than 850 students and young people in Plymouth have been 'incorrectly' added the the electoral register.

Plymouth City Council they have identified the cause of the problem and have written to 247 under-18s in the Plymouth Sutton and Devonport constituency who may have erroneously been sent polling cards.

Tagging errors originating in May had caused both students and young people to be automatically added to the register, the council said.

It has since removed anyone who should not be on it

Below is their statement:

"The electoral register contains more than 192,000 entries and is constantly changing as people move and come of age. The accuracy of the register is the responsibility of the Council’s electoral registration officers. Elected members have emphasised the need for every effort to be made to ensure there are no issues with its accuracy.

"When the snap General Election was called, like all other councils we were in in the process of preparing the electoral register for publication on 1 December. This had to be brought forward to 5 November when an alteration to the register had to be produced.

"However, a further alteration to the register is due to be produced before the final register to be used in the election is published on 5 December.
An issue came to light last week when we were notified that some 17-year-olds in the Plymouth Sutton and Devonport constituency had received poll cards despite not yet being eligible to vote.

"We identified the cause of the problem and have written to 247 under-18s in the Plymouth Sutton and Devonport constituency who may have erroneously been sent polling cards. There is no risk of them being able to vote until they are eligible as they are marked on the current electoral register as not being of age, so would not be given a ballot paper.

"As a result of this we carried out a rigorous review of the data used to compile the register. This has highlighted an issue related to some of the data we have used as part of our ongoing effort to ensure young people can vote in line with national best practice.

"The way this data is electronically marked on our electoral system has led to 850 students and young people incorrectly being added to the register.

"This was caused by two issues:

"This meant that when they turned 18 some were mistakenly added to the register when it was updated without them having completed an Invitation to Register.

"This tagging issue was also the reason why some 17-year-olds in the Plymouth Sutton and Devonport constituency were sent a poll card.

"2 The way we have used student data

"We have also identified 635 students on the register who have not completed an Invitation to Register as they are required to do. They had been added to our electoral system but not tagged correctly as they hadn’t individually registered.

"When we identified this issue, 137 had already been sent a poll card. It is unlikely that many of the students were aware that they were on the register as they had not registered themselves. We are writing to all of them to say their entries are being removed and to vote in the General Election they need to register before the deadline at midnight on 26 November.

"We believe we have now identified and resolved the issues with the register. Anyone who shouldn’t have been on the register has been removed, or will be in the next few days through due process. No one entitled to vote has been prevented from doing so.

"We have now put in place further independent quality assurance to continuously assess all our procedures and processes relating to electoral data.
It is worth noting that around 3,000 people have already applied for individual electoral registration since the election was called.

"We are due to publish a further notice of alteration to the register on 28 November, which will include all the additions and deletions. The final register to be used in the election will be published on 5 December. This is the one that will be use in polling stations.

"There is still time for anyone eligible to register to do so before the deadline on 26 November."