Marking the restoration of the Mayflower Steps 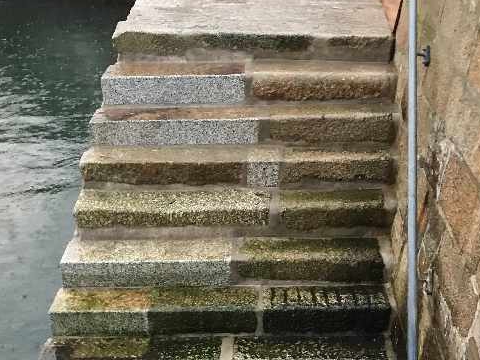 They were unveiled at a ceremony, which marked the end of work on this important landmark

Containers of earth representing the four nations involved in the Mayflower 400 commemorations, together with a time capsule, have been placed inside the portico of the Mayflower monument for short ceremony that took place yesterday (13th November 2019) to mark the end of its restoration.

Samples of earth from Leiden in the Netherlands, Plymouth, Massachusetts, the native American Wampanoag tribe and Plymouth in England will be sealed within the monument which has undergone an extensive restoration.

George Garmany, the Governor General of General Society of Mayflower Descendants, who helped to fund the restoration works, unveiled a commemorative plaque to mark the end of work on this important landmark.

The monument was built in 1934 to commemorate the sailing of the Mayflower as a pivotal event in history. It has local, national and international importance, and is Grade II Listed. It overlooks the Mayflower Steps, close to the site where the Mayflower sailed from in 1620 to the New World.

Over the last year stonemasons have been on site to restore the monument as well as the Mayflower Steps themselves.

The portico's location - on the water's edge and in salty sea air of Plymouth - led to significant erosion of its Portland Stone. The columns of the monument also had severe erosion and carved details deteriorated.

Project manager Catherine Arthurs said: "We discovered builders from the 1930s had written their name on wood inside the portico. We thought it was a great idea to do something similar and wanted something that represents the countries linked to the Mayflower story."

Children from Holy Cross Primary School and youngsters from the 27th Plymouth Scouts group selected items for the time capsule. They include photographs, a map of Plymouth, present day coins, a school dinners' recipe book as well as children's concerns about the future of our planet, especially items relating to climate change and single use plastics.

Also included is information about the scouts Mayflower Peregrine Challenge badge which is named after Peregrine White who was born in the cabin of the Mayflower as it berthed in Cape Cod Harbour on November 20, 1620.

This badge is available to scouts in the UK and the US and already 14 Plymouth Scout units have signed up to complete the challenges as well as other units in the rest of the UK and US. Challenges include creating a set of laws, making a flag, floating a boat and having a Thanksgiving meal.